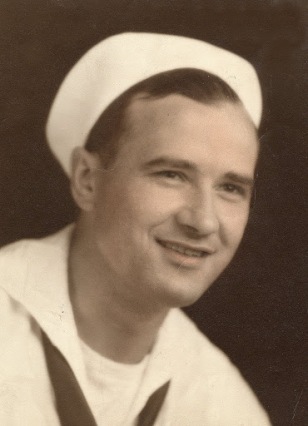 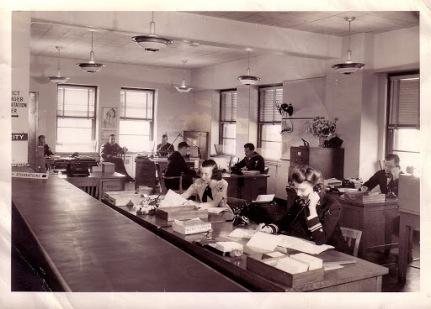 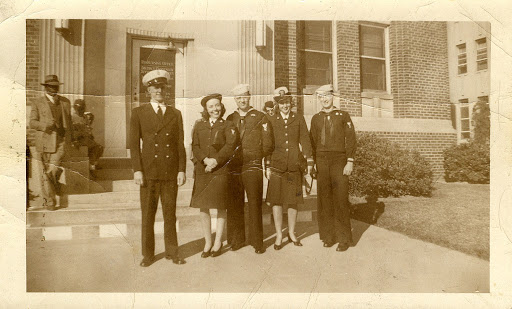 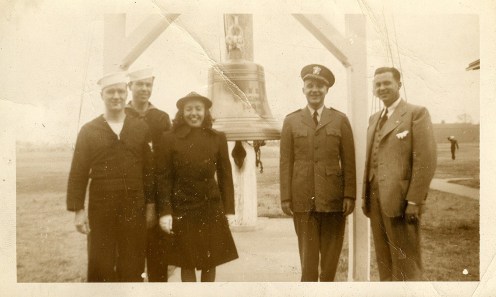 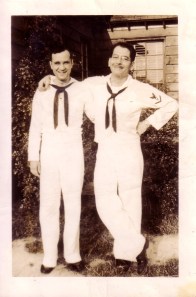 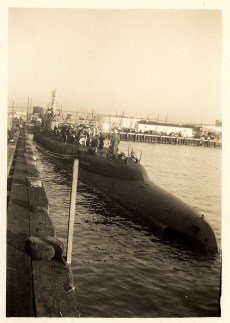 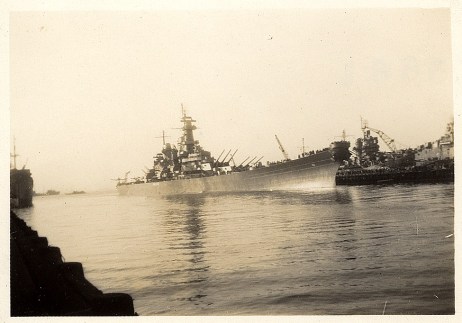 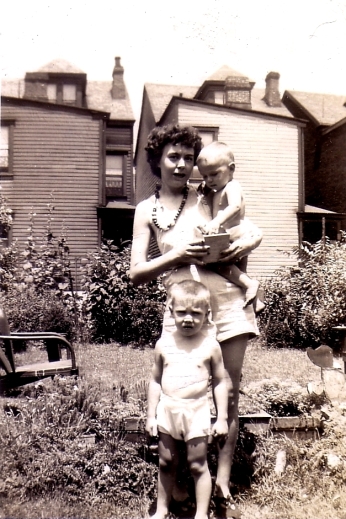 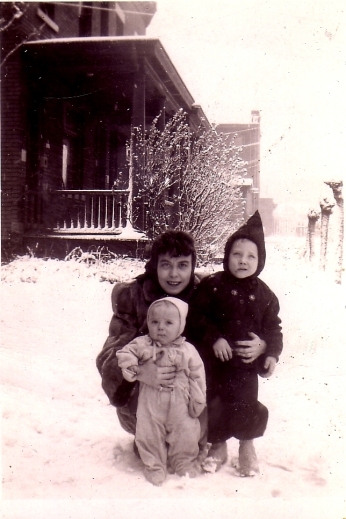 The United States Navy was founded on 13 October 1775 and “Navy Day” will be celebrated on 27 October this year, so it’s a good time to share a series of stories about my only (known) ancestor who served in the US Navy.

My grandfather, William Arthur “Art” Cubbage, served in the US Navy during the end of World War II from 1944-1946. At the start of the war, Art was living Ohio (first Akron and then Cleveland) with his wife, Agnes (Speck), and young sons Corky and Jeff. He worked as a passenger representative for the Pennsylvania Railroad.[1] Art was inducted into the US Navy on 17 April 1944 in Akron. Corky was not yet 3, and Jeff was only 3 weeks old.

Art attended boot camp at the US Naval Training Center Great Lakes in North Chicago, Illinois. All recruits began their Naval careers at the USNTC for orientation and training. The Training Center at Great Lakes had grown substantially since World War I. Over four million sailors served in the US Navy during World War II, and about 1\one million were trained at Great Lakes.[2] Below is a picture of Art’s Company on 11 May 1944.

Art went on to complete additional training in Service School Command at Great Lakes on 22 September 1944. This school was organized to provide additional intensive courses of study in various specialized areas (signal, coxswain, armed guard, quartermaster, etc.). Art was in Section Y6-1, Yeoman School. The yeoman branch of the Navy executed the clerical work of the navy, and required some clerical experience.[3] Art had worked in accounting before working for the Pennsylvania Railroad, and likely had the clerical background needed. In the Yeoman School at Great Lakes, four months of courses included “practical work in all branches of clerical duty ashore and afloat”.[4] 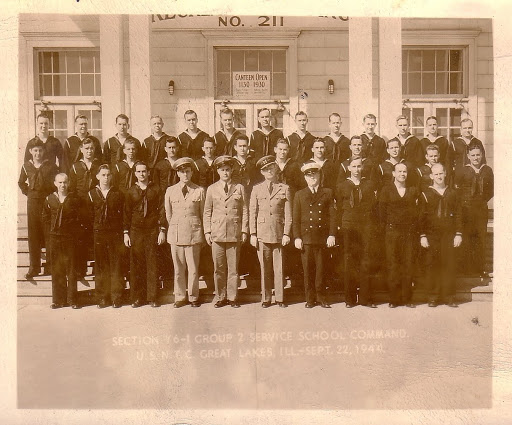 Art is in the second row, second from the left. It is interesting that in most of these pictures, he was not wearing his glasses. In almost every other picture of him since high school, he wore his glasses. During this time, Agnes, Corky and Jeff moved to Pittsburgh to live with Agnes’ mother and step-father, Elizabeth and Charles Merz.

The story continues next week when Art was stationed in Virginia.

Well, it’s been a while since my last post! The summer was filled with so much fun and travel that my blog fell of my radar for a while. Time to get back to it …

In 1978, President Jimmy Carter signed a proclamation that the first Sunday after labor day would be National Grandparents Day. So here are a few photos of grandparents and their loves from the family files …

Happy Grandparents Day to all of the Nanas, Pappys, Omas, Opas, Pop-Pops, Grandmas and Grandpas out there! 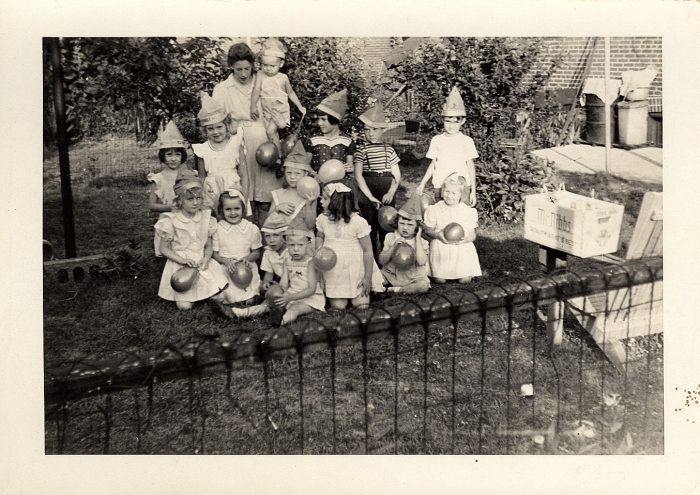 Someone had a birthday this weekend! Happy Birthday to my Dad. This is a picture from Corky’s 4th birthday party! Corky is boy on the left sitting in the front, sort of looking around another boy. His brother Jeff is being held by an unknown woman.

Corky’s father was still in Norfolk in the Navy at this time, so he and his brother Jeff, and his mother (Agnes Speck Cubbage) were living on Thelma Street on Pittsburgh’s North Side with Agnes’ mother (Elizabeth Linneman Speck Merz). 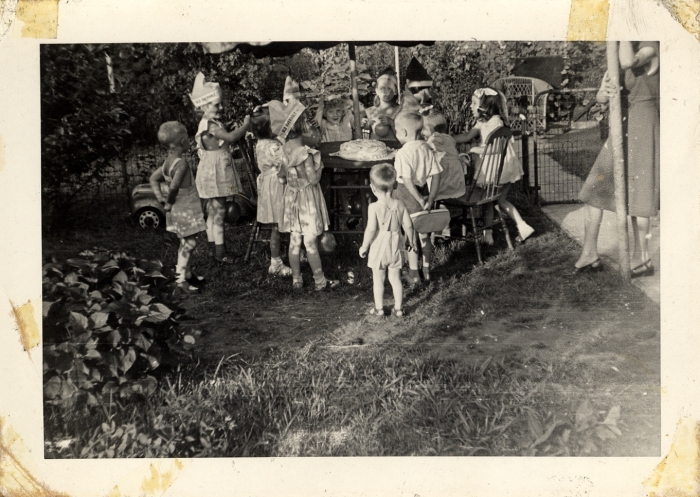 The photos were not labeled, so I wasn’t sure of Corky’s age or the year. I was able to zoom in on this picture and count the candles … four!! The birthday party was in the backyard of Elizabeth’s house and probably included other children from the neighborhood. 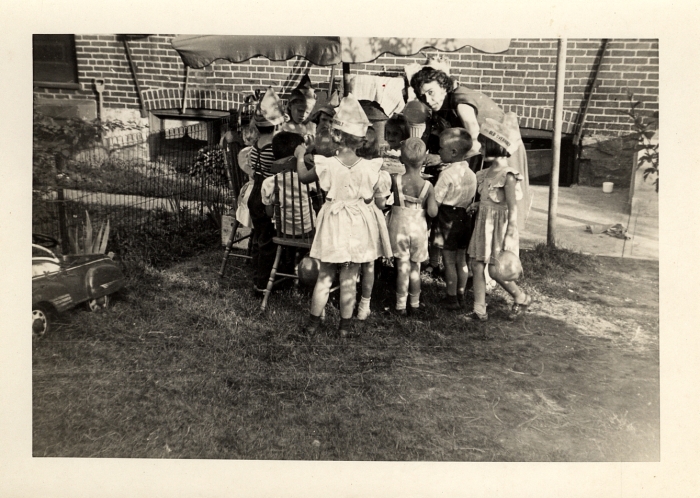 I love this picture of Agnes looking up while she cuts the birthday cake, surrounded by all of the kids. 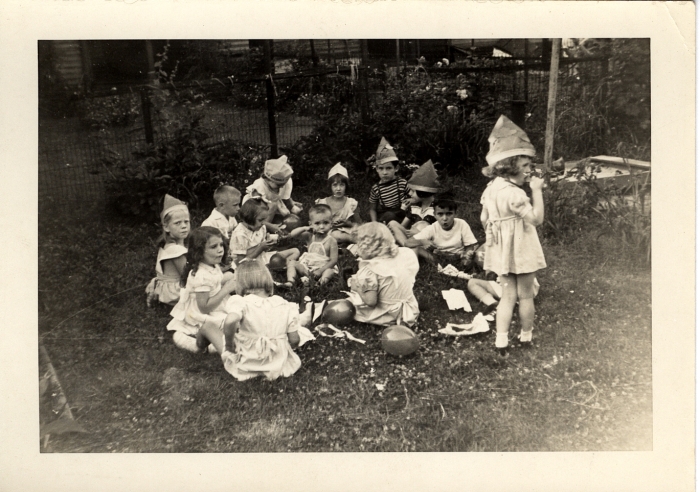 I was looking for a few old photos and came across these photo booth pictures! They were taken in Asbury Park 1962 of my mother, my father, and his grandparents Mem and Pap (Elizabeth Linneman Speck and Charles Merz). My parents were dating at this time, and Mem and Pap were out visiting from Pittsburgh. My favorite frame is the last one of my great-grandmother! 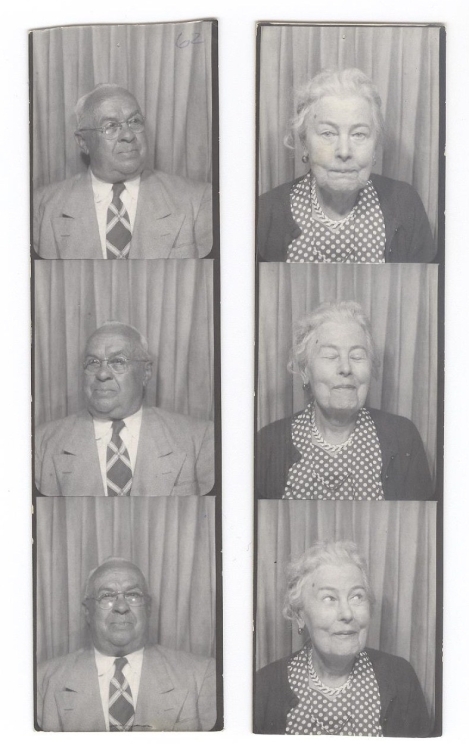 Have you found any photo booth pictures in your family treasures?