Today is the Winter Solstice, and it’s getting cold here in New Jersey. And with the change in seasons come the change to winter sports! I recently came across some pictures of my father and uncle playing ice hockey. 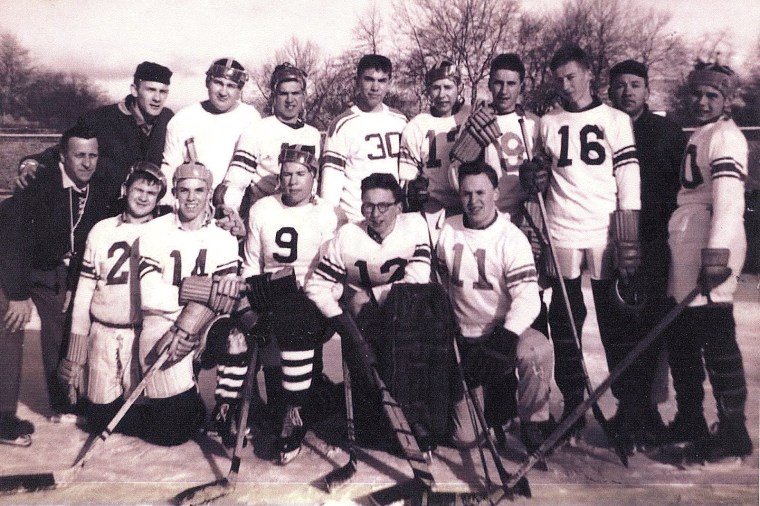 This is a picture of my father Corky’s ice hockey team in 1957 – the New Providence Rangers. His brother Jeff was also on the team, and the head coach was Joe Dill (wo was their next-door neighbor). The uniforms were maroon and white and had been donated by Summit High School (they were old football jerseys). My father’s thoughts on the hockey team:

“We played in a league (can’t remember the name) and games were at Branch Brook Park Arena (outdoor) in Newark on Sunday mornings – 6am (we had to get up at 3am!). The other teams were Summit Redwings, a team from Cranford and I think Chatham & Englewood. We also played some independent games with private schools like Lawrenceville & Oratory. They had their own rinks. Great Times.”

Side note: be sure to ask your family about any pictures that you have! These awesome details about the league were not noted on my grandfather’s slides – just the date.

My father lived in New Providence, New Jersey as a teenager. The Passaic River ran along the back edge of their yard. The river would freeze over in the winter and Corky, Jeff and their friends would play ice hockey there as well.